Tests are made from a series of steps. If one step fails in a test, the entire test fails. This means that every step must be successful for the test to be a success.

How to add a step to a test

You can create a step by clicking the + Add Step box at the bottom of the Visual editor. 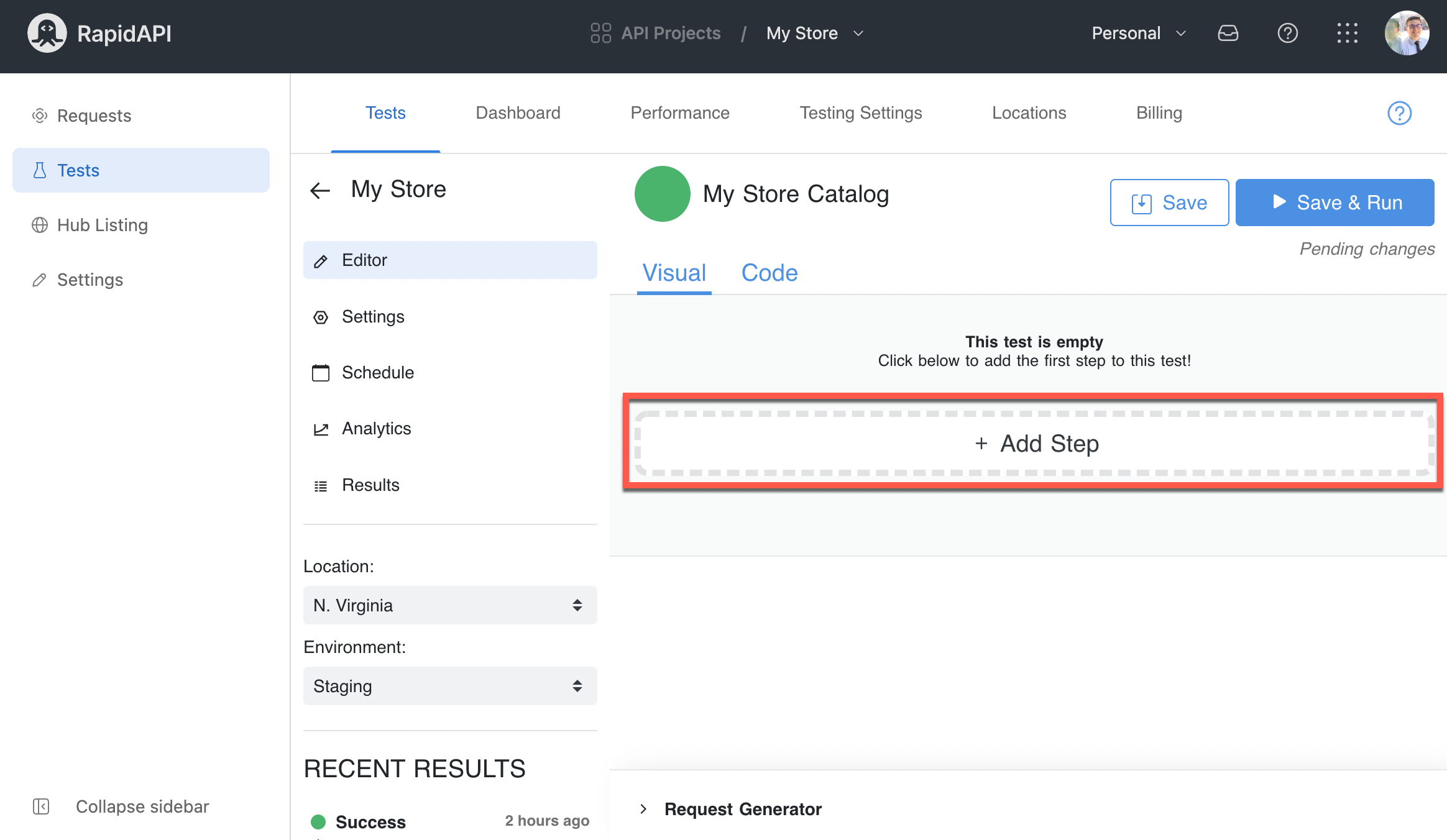 Below is a list of the step categories and the steps within each category:

Creating a group of steps

To simplify the organization of tests, you may want to group steps. When you click the Create Group icon, a dialog will open for you to name your group.

RapidAPI supports using multiple groups and nested groups within a single test. Additionally, you can rename, reorder, and delete groups after creation.

Clicking the Duplicate Action icon at the top of a step will create an additional copy of that step.

Clicking the delete action at the top of a step will delete that step. After a step is deleted, there is no option to recover it.