How does this benefit me?

If you have written a lot of tests, chances are that you have come across cases when you have had to use the same set of steps in multiple tests. For example, you may require authentication for your API requests, and thus need to call an authentication API to obtain a new token in each of your tests. You may also need to perform some processing after obtaining the token to prepare the data for an API call.

At RapidAPI, we apply the same principles of modularization to API Testing through Test Fragments. That is, Test Fragments allow you to define a set of test steps once, and call those steps in multiple tests that need them.

We accomplish test modularization in RapidAPI by allowing a test to be called by other tests. Let us walk through an example by using the authentication use case.

For simplicity, we will assume that our authentication involves two steps. First, calling the /token endpoint. And then, create a string “JWT_token=<token_from_step1>”. And these are the authentication steps that need to happen in every test.

We would first create the child test; that is, the test that we will “call” in our other tests. It is simply a regular test, with the two steps in it. See below for illustration. Because this is a regular test, you can also add assertion steps if necessary. 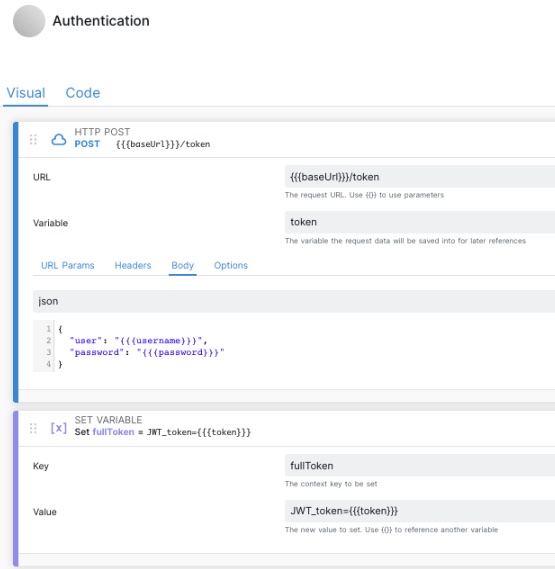 Now that we have created the child test, we want to utilize it in other tests. We are going to create a second test, and name it “Get Products”. As a first step, we want to call the authentication child test we have created earlier in order to obtain a token. We can do that by using “+Add step”, and selecting “Execute Child Test”. 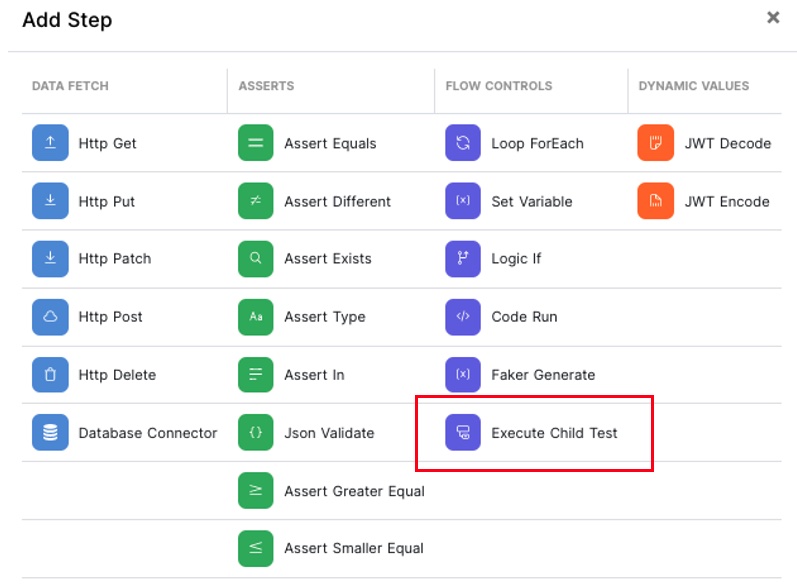 We now have a step in our new test called “Execute Child Test”. We need to give it some information so that it knows what to do. 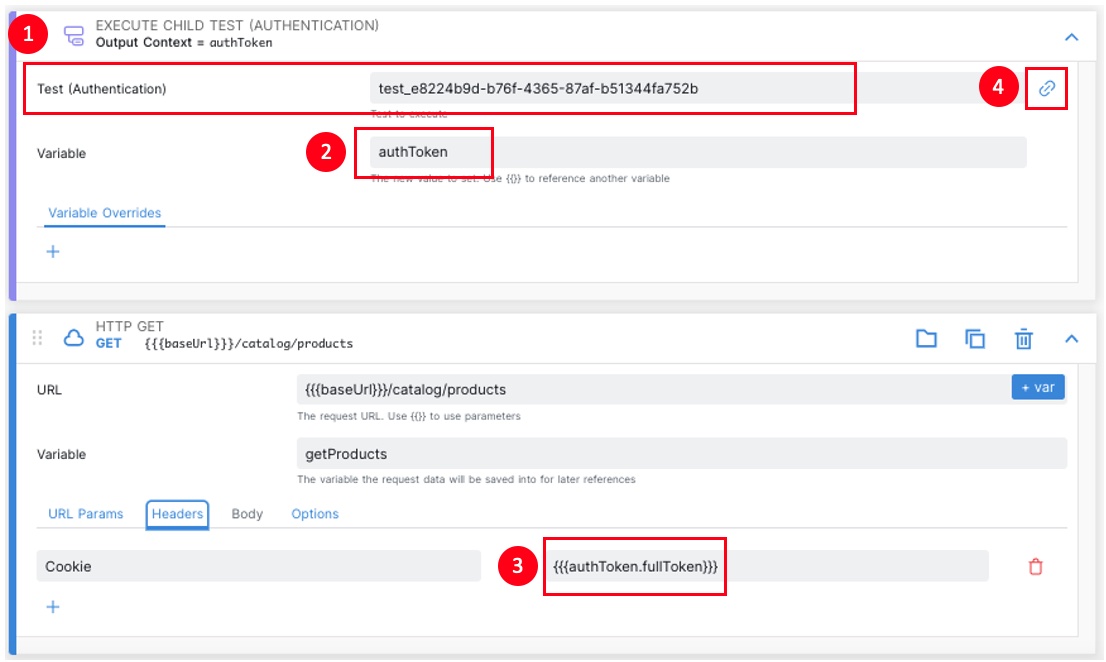 Similar to how functions work in code, there are instances when you want to pass input variables to the child test. We will walk through an example on how to do this in RapidAPI Testing.

In this example, we will use a test called Get Product as the child test. The test performs a GET request for a specific product, and performs several assertions. We also want the child test to take a product ID as an input to be used in the GET request.

Now, we will call the child test and pass a product ID as an input variable. We can do this through the “Variable Overrides” section of the “Execute Child Test” action. Each input in the Variable Overrides section is a key-value pair, where the key is the name that we used in the Test Variable (a dropdown will help you select), and the value is the new value that we want to use to override.

When the test is executed, it will use the value we pass here as product ID (that is, 212313), as opposed to the value we defined in the Test Variable of the child test (12345).

Updated about 1 month ago