If you are building or testing any non-trivial API, the requests to the API can quickly can become quite complicated. If you need to test your API in different contexts and environments, you need to keep track of and use many different values for each context. For example, even though an API in staging and production environments use similar requests, the details such as URLs, user IDs, and user keys usually differ.

To create the "Production" environment shown above, follow the following steps: 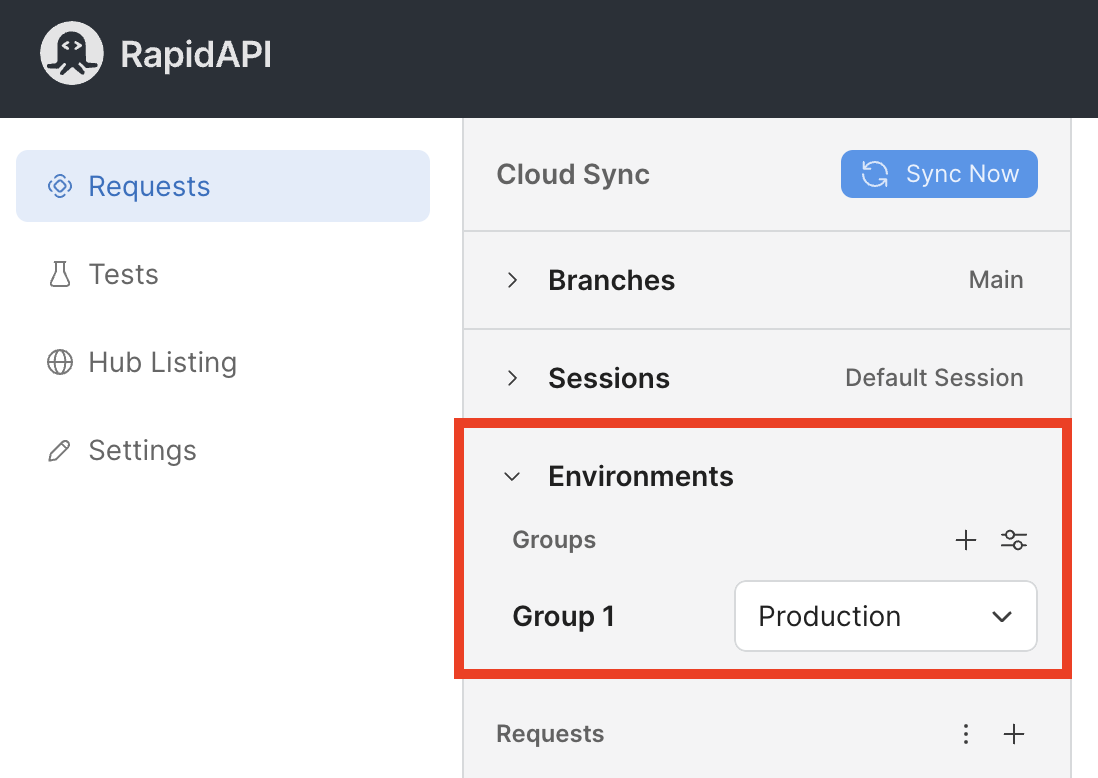 In this example, instead of hard-coding the URL value, we use the REQUEST_URL environment variable. You can see a Preview of what value will be used in the current request given the currently selected environment. Here the actual value used in the request is "https://rapidapi.com".

To use a variable from your new "Production" environment, perform the following steps: 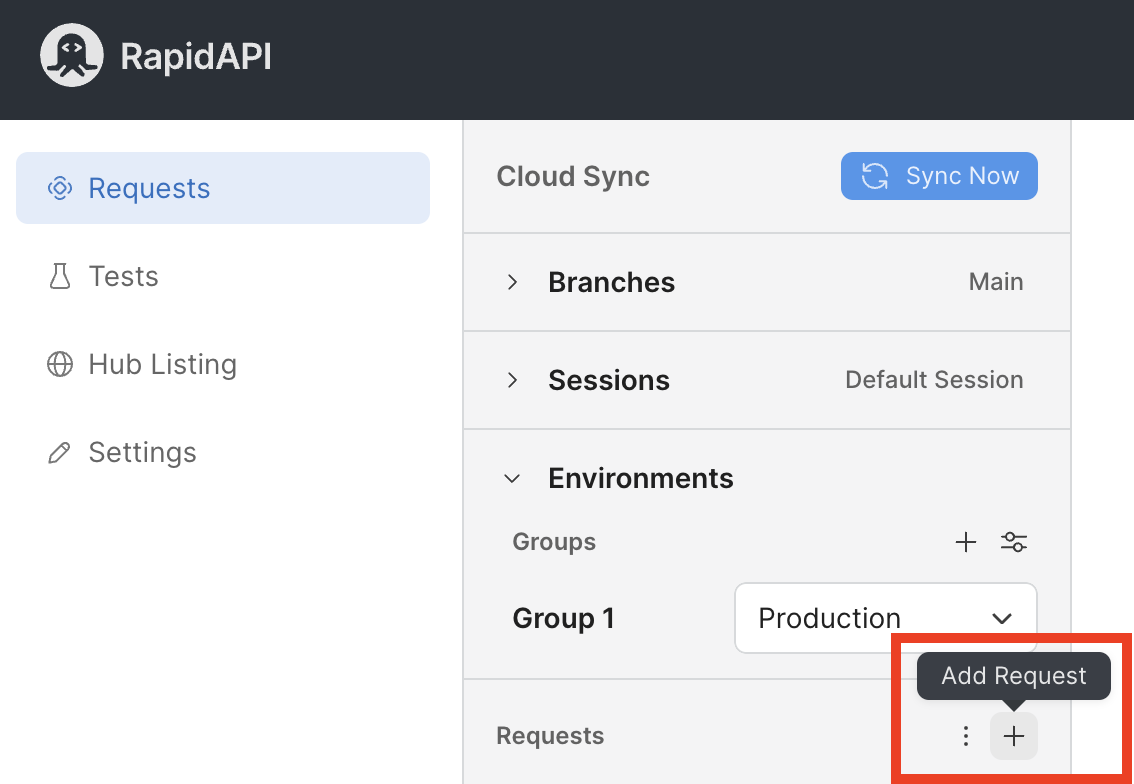 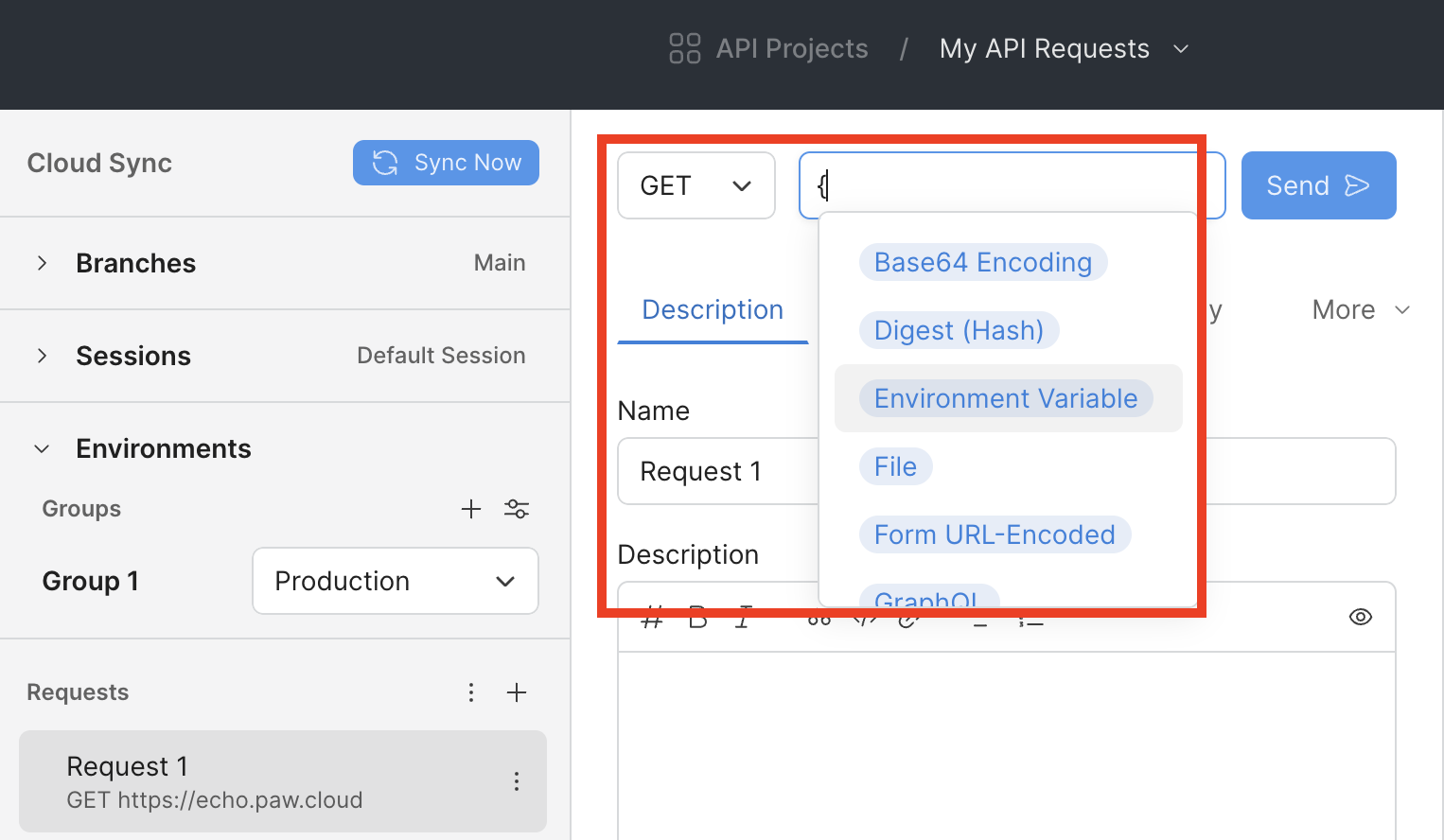 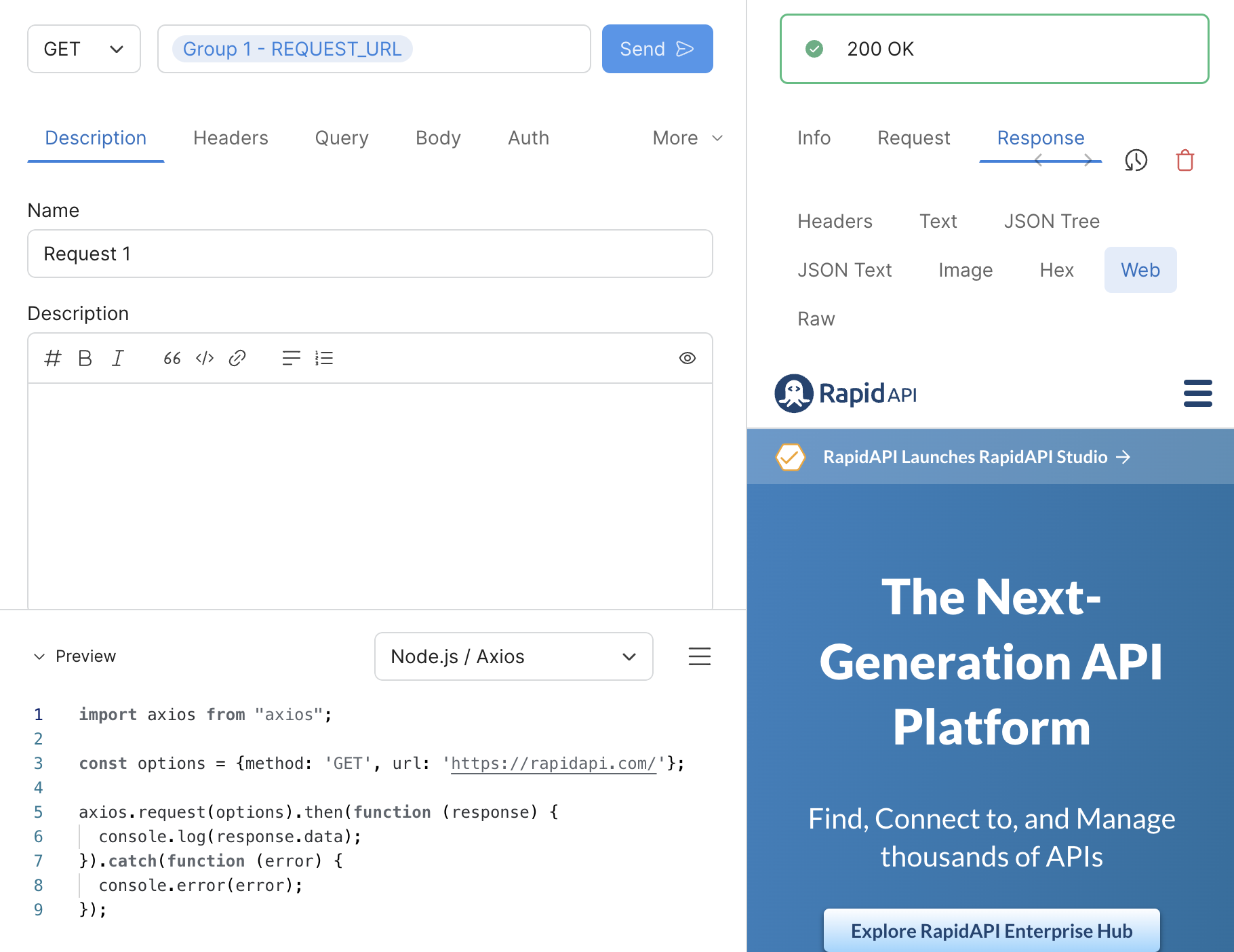 This environment variable can be used instead of hard-coding this value in any place it is used in ANY request for the API Project. This avoids the risk of accidentally mis-typing the URL value in a request. Also, if the URL value ever changes, you only have to change the value in a single place (where the environment is defined) rather than in every place that the variable is used.

Now that we have a single environment named "Production", we can duplicate that environment, change the values of the environment's variables and call it "Staging".

Now, since we have two environments, before sending a request we can select the environment that we want to use from the dropdown on the left. Changing the environment changes the values used in the request. In this case, the request URL now is "https://fakestaging.rapidapi.com". 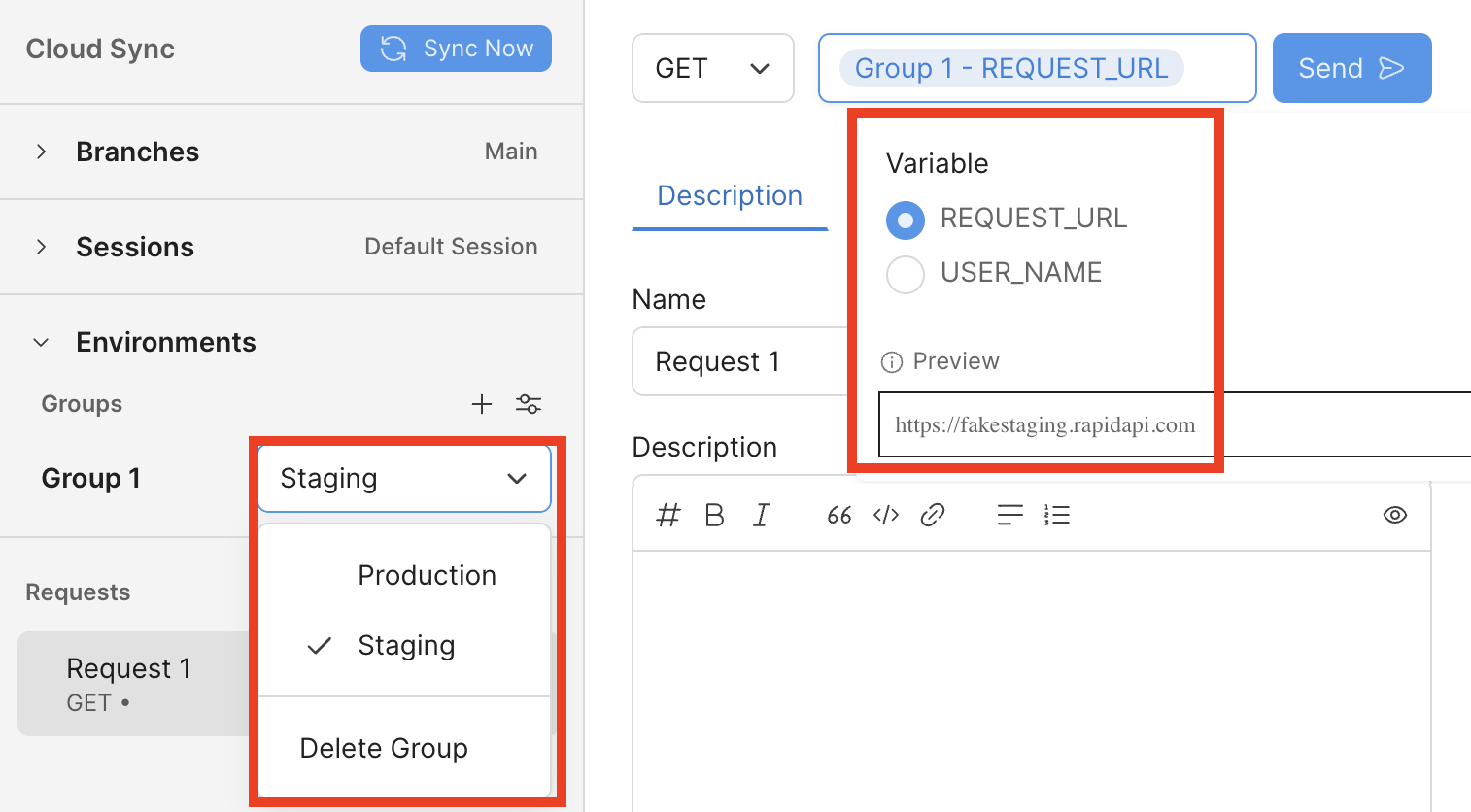 It is now easy for us to quickly change between testing our API in our staging and production environments, without having to worry about managing the details of the request for each request in each environment. 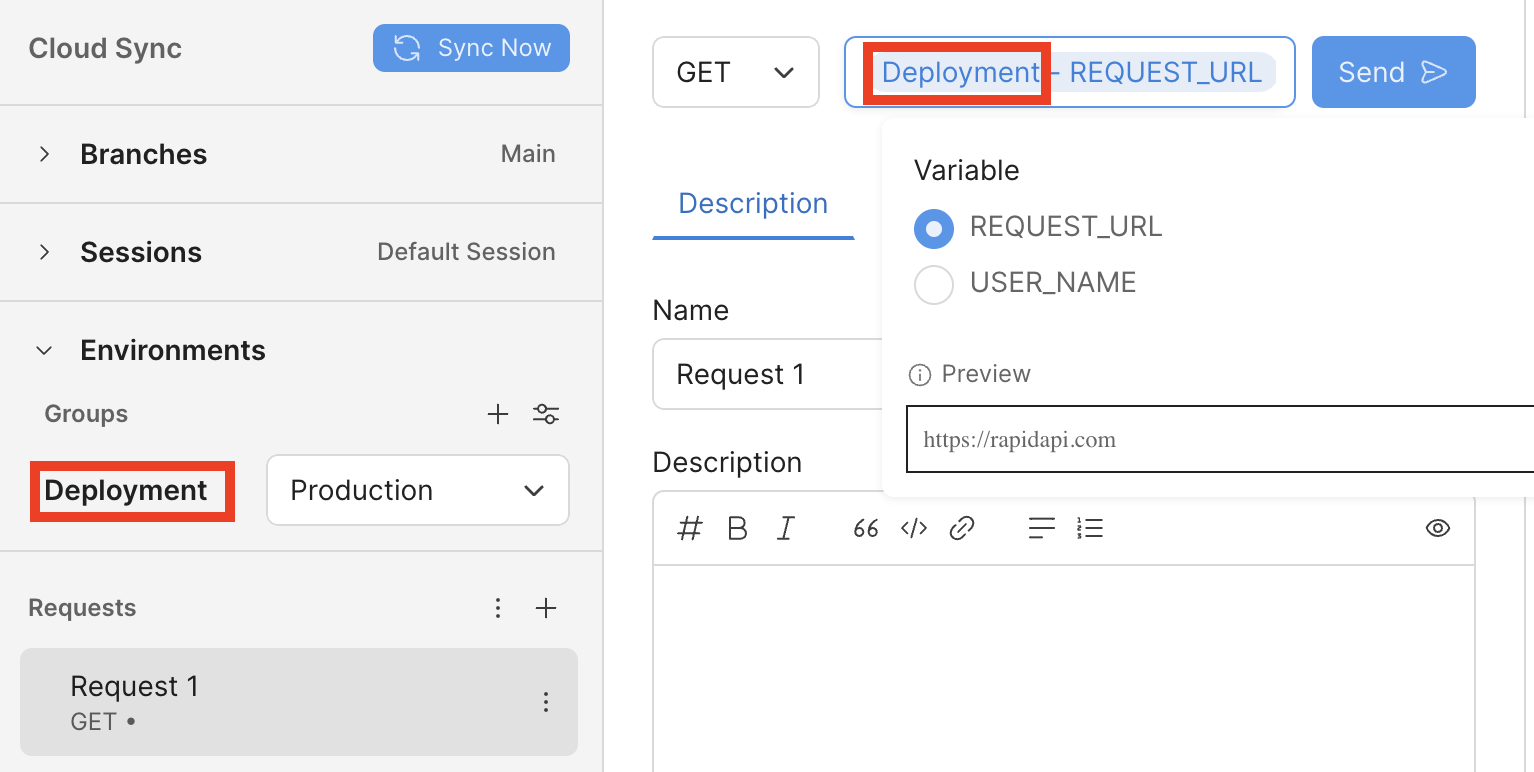